A downloadable game for Windows

To play: download the zip file, extract all its contents, and double press "vecs.exe" which should be near the bottom.

This is a downloadable game in a custom engine I wrote that is available at https://github.com/thepaperpilot/V-ECS. It is slightly unstable and *may* crash when resizing the window, so if you'd like it fullscreen I'd recommend doing that first thing after opening the program, because the game has no save/load feature. There's a error log in the debug console, which you can access by typing "~". It'll also get written to a file called "latest.log"

my computer is using I3 version of intel.Not Sure that affect this

Reply
The Paper Pilot182 days ago

If your computer is using intel integrated graphics, then the drivers you need should be the ones here: https://www.intel.com/content/www/us/en/support/articles/000005629/graphics.html

If that still isn't working, DM me the error message and I can look into it. Sorry for the difficulties!

Im using the 3th gen of intel. so i think i cant download the driver I need.

Reply
The Paper Pilot181 days ago

Either way, if you don't have a dedicated graphics card, you're using Intel's integrated graphics, which would use the link given above

I download The Newest Garphics Drivers for my computer. And i still can't Run The game.

how do i run this game?

Reply
The Paper Pilot194 days ago

Download the zip, extract all the files, and run "vecs.exe". Note this is a windows-only game.

that error message means your graphics drivers are out of date. This program uses vulkan, which is fairly new. You should be able to run the program if you download the latest drivers for your graphics card

Would it be possible to add vsync or frame limiter? The game runs at ridiculous fps and heats up my gpu unnecesairly.
EDIT: I managed to force vsync using nvidia control panel.

EDIT2: Even with vsync the game uses way more gpu than it should for how it looks. You might want to look into that.

Someone on reddit suggested vsync and I've added it to my list of things to add to the engine itself. Serializing data to save/load state is also in the pipeline, the engine is just very WIP at the moment.

The high GPU usage is probably for the background, and disabling special effects should make that go down tremendously. The background is actually a slightly modified version of this shader on a flat plane, and if you read through what the shader is doing I think its understandable why it'd use the GPU as much as it does. I'd made the decision to use it because I thought it looked nice and the game still ran at many hundreds of FPS, but I added the toggle to disable it in case lower end PCs couldn't get to a reasonable framerate with it on.

Thank you for playing the game :)

Reply
The Paper Pilot199 days ago

This is using a custom engine I made and uses several features preventing it from being ported to the browser. Most likely any issues you're having can be fixed by updating your graphics drivers, but if that doesn't work feel free to contact me with the error message you're receiving :)

oh ok thanks i will try again 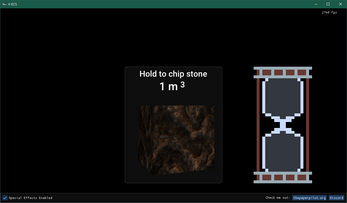 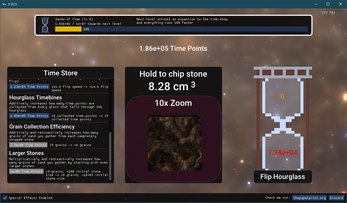